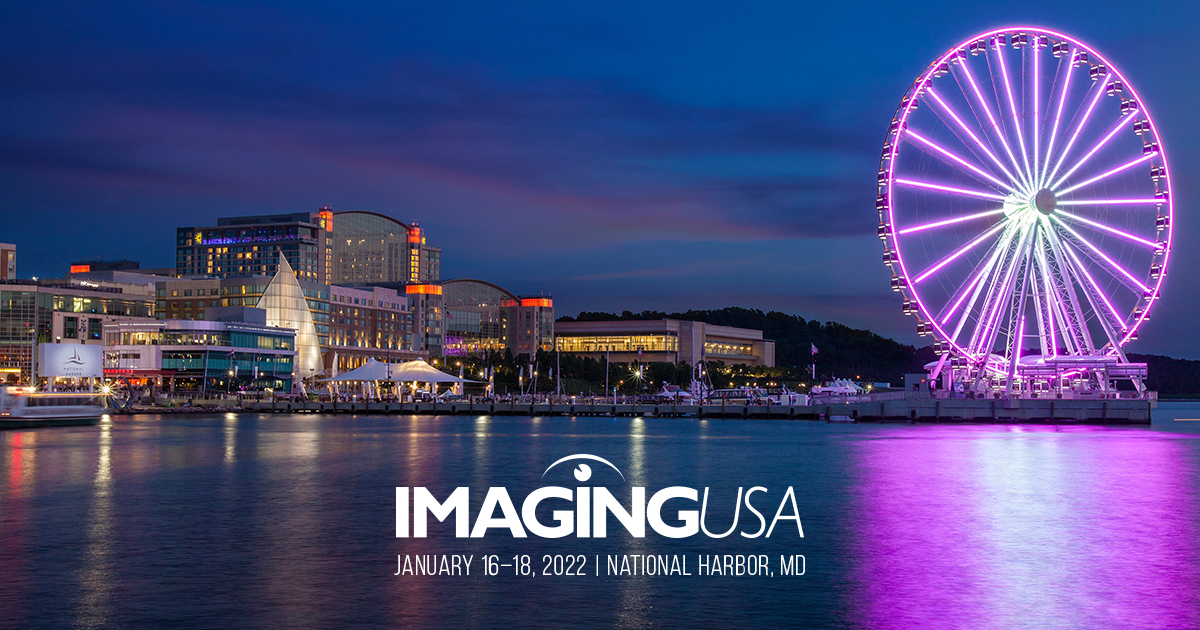 This year, Imaging USA, the world’s longest-running photo conference and expo, is set to take place in National Harbor, Maryland. The conference is only 20 minutes from downtown Washington D.C., giving attendees the opportunity before or after the show to explore the treasure trove of stately monuments, sprawling museums, and iconic architecture that makes up our eclectic capital. The bustling city is a photographer’s playground, filled with spots to photograph stunning cityscapes and mesmerizing sunsets.

For Imagine USA attendees, the nearby city represents boundless opportunities for photography inspiration. We know you will want to soak up every second of everything Imaging USA has to offer, but you might want to consider arriving in the area early or staying a day or two after the conference to explore our nation’s vibrant capital with your camera in hand. Don’t miss these ten best places to photograph in Washington D.C.

In a city studded with towering monuments, the Washington Monument is the tallest and most famous. While the 555-foot marble obelisk has starred in its fair share of photos, there are still plenty of spots to photograph it in creative ways—like from the World War II Memorial, across the reflecting pool, or from the POV Bar at the W Hotel.

The city’s main transportation hub, Union Station, has long enchanted photographers with its light-flooded corridors, gold-flecked ceilings, and bright, buzzing halls. Predictably, the historic metro station gets pretty crowded around rush hour, so your best bet for taking photos uninterrupted is early in the morning or between 10:30 a.m. and 12 p.m. or 1:30 p.m. and 4 p.m.

The United States Botanic Garden blooms with rare and endangered plants and flowers from different climate zones, from lush jungles to arid deserts. Don’t miss the tropics area, which is housed in an abandoned plantation with a 93 foot-tall dome and mezzanine level overlooking the jungle canopy. Note that the indoor gardens may be closed due to the COVID-19 pandemic, so be sure to check the website before planning your visit.

A national museum of modern art, the Hishorn is housed in a four-story cylindrical building with a four-acre, multilevel Japanese sculpture garden. An enchanting area for photography is the Yayoi Kusama’s Infinity Mirrors exhibit, which features six rooms lined with mirrors and packed with colorful lights to create a dazzling sense of endlessness.

The National Portrait Gallery and Smithsonian American Art Museum share the same building, where you can find grand hallways and eclectic exhibits. The museums surround the Kogod Courtyard, a breathtaking space covered by a futuristic, wavy ceiling.

This neighborhood charms with its cobblestone streets and cheerful shops. Don’t miss the Georgetown Waterfront Park, which lines the Potomac River and features a labyrinth, fountain, and rain gardens. To escape the crowds, visit the shady C&O Canal Towpath via Jefferson St. The tree-lined canal is crossed by rustic wood bridges and passes by water wheels and old lock houses.

The Air Force Memorial is located in Arlington, Virginia, just outside of the city, and overlooks the Pentagon. The striking monument consists of three soaring stainless steel spires standing 402 feet above sea level.

The 500-acre National Arboretum is beloved by photographers because of its dramatic Capitol Columns, which were salvaged during 1959 renovations to the Capitol's east portico. The arboretum blooms with tulips, azaleas, and seasonal flowers and includes a bonsai collection.

Showcasing eye-catching architecture and intricate stained glass windows, the Washington National Cathedral is an American interpretation of the 14th-century English Gothic style. The cathedral is guarded by gargoyles and surrounded by pretty gardens, an oak and beech forest, and manicured lawns.

One of the largest three public buildings in the city and the largest library in the world, the James Madison Memorial Building is part functioning library, part shrine. The best spot for photography is among the seemingly infinite rows of columns outside.

Brought to you by Professional Photographers of America, the Imaging USA photography conference will feature more than 80 photography education classes, 100 vendors, and exclusive parties. ​​If you haven’t yet, register today for your All-Access Pass to Imaging USA for only $59. Early bird pricing for the photography expo and conference ends December 1.