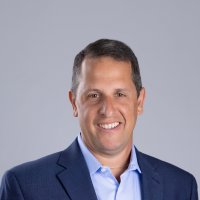 Carlos Barquin is an accomplished photographer and videographer.  At the beginning of his career, Carlos worked as a news photojournalist for several networks including Univision, NBC, and Telemundo. During his television career, Carlos traveled the world and covered major events including four Olympic Games and most recently the 2020 games in Tokyo.  Carlos also covered world news events such as Pope John Paul II funeral, the selection of Pope Benedict in Rome, and several presidential interviews. In 2001 when his daughter was born he found a passion for still photography. This hobby quickly turned into a side business where Carlos photographed a select number of clients in his boutique photography studio. A few years into his side hustle he asked to photograph a new dance studio.

Although he did not have formal experience, he took on the shoot and learned quickly the need for efficiency and organization when photographing volume. Carlos attended several Imaging USA conferences as well as other educational seminars to tweak his skill and his systems. In 2008, Carlos left the television staff position to focus on the photography studio full time. Although still freelancing as a video journalist, his primary focus is 20% volume, 20% schools, and 60% sports and dance photography. Carlos has evolved efficient systems that have allowed him to scale his Dance Photography division to a highly profitable and year-round business.