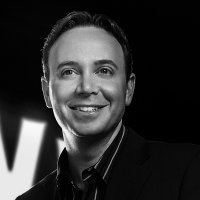 Regarded as one of Hollywood’s top marketing experts, Dean McFlicker is an award-winning producer and director of some of the biggest productions with the world’s greatest stars — directing JLo and John Legend in Super Bowl spots, producing events featuring Dolly Parton at Radio City Music Hall, and creating hit shows starring the globally beloved Minions.

Dean has produced for NBC, HBO, CNN, Entertainment Tonight, E! NewsDaily, and Good Morning America. As Senior Vice President of Promotional Programming at NBC, he helped launch countless hits including The Voice, This Is Us, America’s Got Talent, Chicago Fire, World of Dance, Smash, The Biggest Loser, Friday Night Lights, and all of NBC’s live musicals, from the original ratings phenomenon The Sound of Music Live to the Emmy award-winning Jesus Christ Superstar Live in Concert. Dean has also produced campaigns for The Olympics, The Golden Globes, The Billboard Music Awards, Survivor, The Blacklist, NYPD Blue, Star Trek Enterprise, ER, Law & Order, SVU, Days of Our Lives, The West Wing…and many more.

Dean was the writer, director and producer of Hairspray Live‘s half hour syndicated “making of” special. He also was the creator and executive producer of the television special Heroes: Countdown to the Premiere, which was an innovative combination of an advertiser sponsored premiere party, a publicity/press red-carpet event and a highly rated hour of original primetime programming.

On Broadway, Dean choreographed Sha*Bang (Lincoln Center), Gypsy of the Year (Virginia Theater), Upfront (Radio City Music Hall) in addition to original dance productions at Studio 54, the Palladium and the Los Angeles Wilshire Theatre, Universal Amphitheater, Royce Hall, and The Geffen. He is also proud to be one of the creators of the cult hit Octomom: The Musical.

In Hollywood, he has done countless TV shows, music videos and international concerts with Tina Turner, Prince, Barry Manilow, Ray Charles, The Temptations, Kool and The Gang, The Pointer Sisters, Debbie Reynolds, and Carol Channing to name a few. Dean has been one of Twyla Tharp’s dancers, an instructor at Broadway Dance Center and a private dance teacher to the stars (with Rita Wilson, Kelly Preston, and Maria Shriver among his clients).

As a speaker, Dean’s TEDx Talk has propelled him into international engagements with clients as varied as PepsiCo, The World Council on Educational Development, and Seabourn Cruises. He shares his problem-solving method called the “Producer’s Perspective” which translates techniques from film, television, and Broadway into practical business tools applicable to any industry. Mixing Hollywood insights with substantive action items, Dean has become a favorite for informational and entertaining keynote speeches around the world.

Join us after this session in the GAP Speaker Lounge for Q & A!