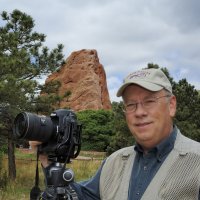 Dabbling with photography back in the ‘70s, Doug didn’t really begin to pursue photography until 2003 when he bought a disposable film camera to photograph his tulips. With a rekindling of his passion for photography, he began a pursuit to learn how to capture images of the landscape. His love for landscape photography traces back to his childhood and family sightseeing vacations touring the western U.S. and Canada by car. These early experiences were further fueled by his father’s magazine subscription to “Arizona Highways” which always left him in awe with its beautiful scenic images, particularly those of Josef and David Muench. In his landscape photography, Doug has learned that nature often makes her own expression and statement in ways that are unique to the scene and the moment. In many cases, this takes the form of unique lighting when nature is putting on her best show. From there, Doug works the image to put his own vision and expression into the scene with a goal of portraying his own emotional response to nature’s show.