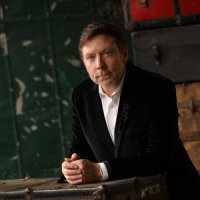 It all began for Jamie at the age of 13. He never imagined that saving S&H Green Stamps would lead him to purchase a Kodak 110 camera, and this decision would define his life’s path forever. The Kodak 110 camera with a fancy new flashcube extender would lead him on an incredible journey into professional photography. Jamie photographed his very first wedding at the age of 15. He had to get a ride from a family member but did not want his bride to know, so he had his uncle park down the block, and he walked the remaining two blocks to the church. Twenty-five years, two former employers, hundreds of weddings, and thousands of sessions later, Jamie and his business partner Mary Fisk-Taylor have created one of the most creative and lucrative home-based studios in Richmond, Virginia.

Jamie considers himself very lucky, while others say he is very talented. He was blessed with a fine eye for detail, an imagination bigger than life, and an ability to create images that have been named some of the best in the country. His name is constantly at the top of the list for highly accomplished professional photographers, but the real reward is the smiles and tears that he consistently brings to his client’s faces when he delivers their beautiful portraiture. Jamie gives credit to all the wonderful friends and mentors that have encouraged and taught him along the way. He truly believes that becoming a member of PPA so many years ago was the beginning of his photography education and brought him to the point where he is today. Jamie’s appreciation for education led him to the PPA Business Instructor program back in 1999. Ever since then, Jamie and his business partner Mary have been lecturing across the country at many National and Regional conventions, as well as week-long schools.

Jamie received his Craftsman degree in 1998 and his master’s degree in 1999. Jamie also received many awards for his work including the Kodak Grand Gallery Elite, Kodak Gallery Awards, Fuji Masterpiece Awards, several entries into the PPA Traveling Loan and General Collections, three-time Virginia Photographer of the Year, and numerous Best in Show awards. In 2002 he received a perfect score of 100 at SEPPA regional competition and had all four entries, two wedding albums, and two prints, one of which was only a few of the newly accepted team coverage wedding albums accepted into the PPA Loan Collection.